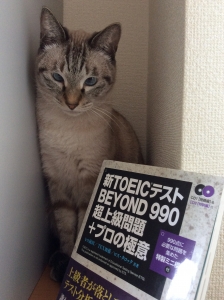 CR: My name is Carol Rosin. I am an educator who became the first woman corporate manager of an Aerospace Company, Fairchild Industries.

I am a Space and Missile Defense Consultant and have consulted to a number of companies, organizations, and government departments, even the intelligence community. I was a consultant to TRW working on the MX missile, so I was part of that strategy, which turned out to be a role model for how to sell space-based weapons to the public. The MX missile is yet another weapon system that we didn&#39;t need. I founded the Institute for Security and Cooperation in Outer Space, a Washington DC based think tank. I am an author and have testified before Congress and the President&#39;s Commission on Space.

When I was a Corporate Manager of Fairchild Industries from 1974 through 1977, I met the late Dr Wernher Von Braun. We first met in early 1974. At that time, Von Braun was dying of cancer but he assured me that he would live a few more years to tell me about the game that was being played- that game being the effort to weaponize space, to control the Earth from space and space itself. Von Braun had a history of working with weapons systems. He escaped from Germany to come to this country and became a Vice President of Fairchild Industries when I had met him. Von Braun&#39;s purpose during the last years of his life, his dying years, was to educate the public and decision-makers about why space-based weapons are dumb, dangerous, destabilizing, too costly, unnecessary, unworkable, and an undesirable idea, and about the alternatives that are available.

As practically a deathbed speech, he educated me about those concepts and who the players were in this game. He gave me the responsibility, since he was dying, of continuing this effort to prevent the weaponization of outer space. When Wernher Von Braun was dying of cancer, he asked me to be his spokesperson, to appear on occasions when he was too ill to speak. I did this.

What was most interesting to me was a repetitive sentence that he said to me over and over again during the approximately four years that I had the opportunity to work with him. He said the strategy that was being used to educate the public and decision makers was to use scare tactics That was how we identify an enemy. The strategy that Wernher Von Braun taught me was that first the Russians are going to be considered to be the enemy. In fact, in 1974, they were the enemy, the identified enemy. We were told that they had &quot;killer satellites&quot;. We were told that they were coming to get us and control us-that they were &quot;Commies.&quot;

Then terrorists would be identified, and that was soon to follow. We heard a lot about terrorism. Then we were going to identify third-world country &quot;crazies.&quot; We now call them Nations of Concern. But he said that would be the third enemy against whom we would build space-based weapons.
The next enemy was asteroids. Now, at this point he kind of chuckled the first time he said it.

Asteroids- against asteroids we are going to build space-based weapons.

And the funniest one of all was what he called aliens, extraterrestrials. That would be the final scare. And over and over and over during the four years that I knew him and was giving speeches for him, he would bring up that last card. &quot;And remember Carol, the last card is the alien card. We are going to have to build space-based weapons against aliens and all of it is a lie.&quot; (注：He did NOT say there were no ETs - just that they were not a threat.）


I think I was too naïve at that time to know the seriousness of the nature of the spin that was being put on the system. And now, the pieces are starting to fall into place. We are building a space-based weapons system on a premise that is a lie, a spin. Wernher Von Braun was trying to hint that to me back in the early 70&#39;s and right up until the moment when he died in 1977.

What he told me was that there is an accelerated effort in place. He didn&#39;t mention a timeline but he said that it was going to be speeding up faster than anybody could possibly imagine. That the effort to put weapons into space was not only based on a lie but would accelerate past the point of people even understanding it until it was already up there and too late.

When Von Braun was dying in front of me, the very first day that I met him, he had tubes draining out of his side. He was tapping on the desk telling me, &quot;You will come to Fairchild.&quot; I was a schoolteacher. He said, &quot;You will come to Fairchild and you will be responsible for keeping weapons out of space.&quot; The way he said it with this intenseness in his eyes, and added that very first day, the first time I met him, that space-based weapons were a dangerous, des